BACK ON THE MAT 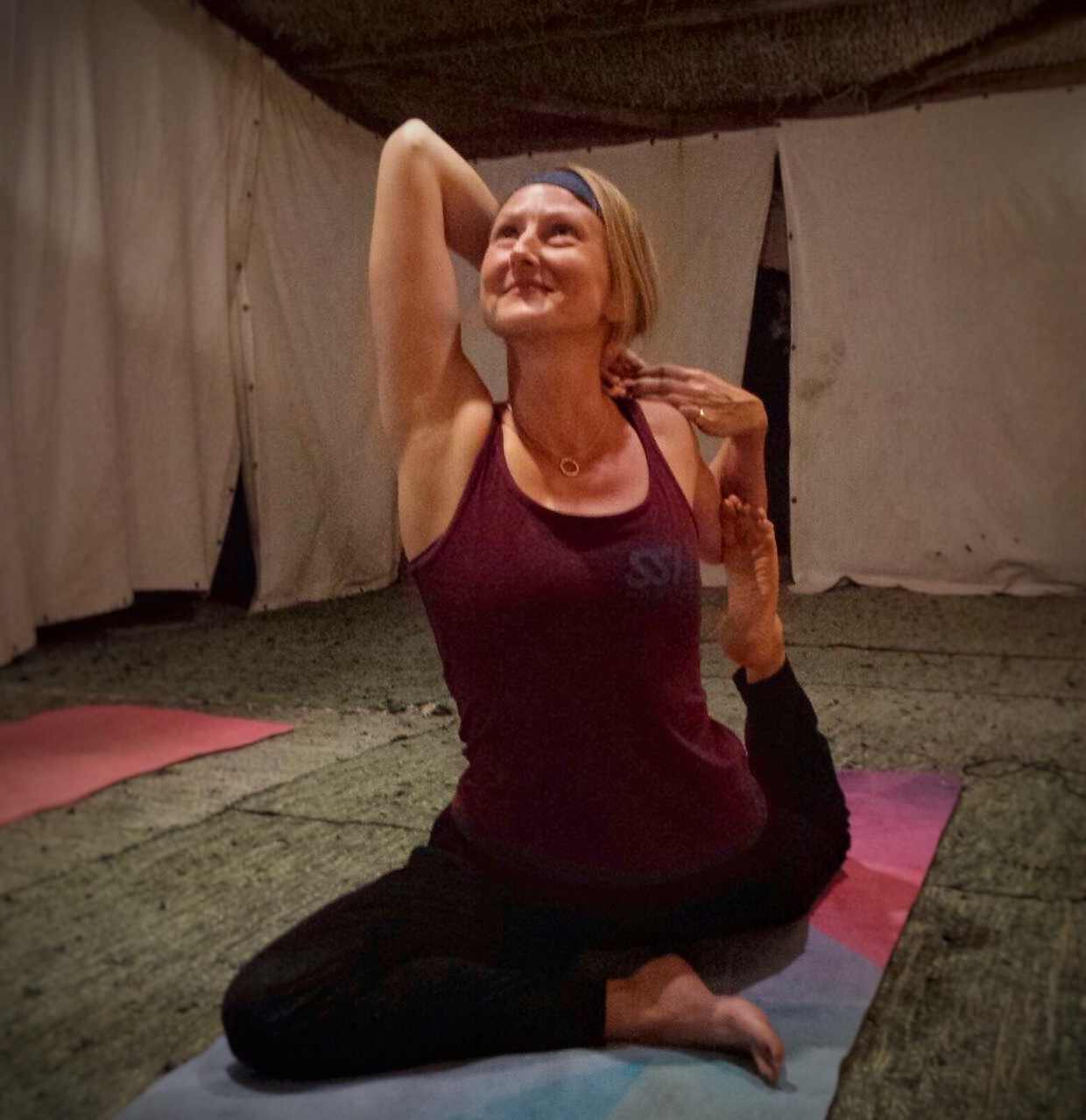 Today I did yoga for the first time in nearly 15 months and almost cried after the class because I had missed it so much.  Yes, it does sound a little over dramatic, but then I can be at times.

I was in Roatan for the World Championships, August 2017 and had an accident.  Well to be fair, that is far too profound a word for it.  It was more of a mishap, a blunder, a cock-up, a split-second lapse in sensible thinking.  However it has resulted in significant pain and movement issues that have required an operation, steroid injections and daily physio exercises that are still going on today as well as curtailing activities like yoga.

Can you tell I’ve been fantasising that it never happened, ever since?

So, what happened I like to imagine you wondering, (possibly bored of my dramatic verbosity.)

Well, I was coaching a friend for their dive (ie shouting very loudly at them when they surfaced following their dive, to make sure they got the protocol correct and then, all being well, a white card for their successful efforts).

Cue lots of splashing and clapping as my friend was given a white card by the judges for his dive which was a National Record as well.

Then, in the micro moment of idiocy that I had, I put my left hand down on the slippery platform behind me, at an unsteady angle and twisted my body round, with all the weight on that hand, on the slippery surface, to stand up.

I think you get the picture, but in case you don’t, my hand slipped and my shoulder wrenched out.

I knew I had damaged something as there was immediate pain but I was still able to move the arm reasonably.

I spoke to an ER doctor freediving friend who suggested I may well have torn something, so I got some KT tape, bandaged it up and continued on with my two remaining competition dives albeit with a rather modified technique.

Back in the UK briefly post WCs and my physio suggested I did indeed have a tear.  I still then went to Dahab in Egypt, for another two months of training where I managed to get through the pain with lots of massages and stretching to keep the shoulder working.

I finally returned to the UK at the end of November and had an MRI, which showed 2 tears in the labrum of my left shoulder.  (The labrum is a piece of fibrocartilage (rubbery tissue) attached to the rim of the shoulder socket that helps keep the ball of the joint in place.)

I found a good surgeon and arranged for an operation to fix this mid January.

In the pre-op room just before going “under,” I finally remembered to tell the surgeon that the available movement in my left shoulder had dropped significantly.  Cue examination and re-signing of different content forms that allowed a capsular release operation to go ahead.

Due to the originally trauma and subsequent lack of movement after returning to the UK, I had developed a stage 2 frozen shoulder (virtually no movement and significant pain.)  To go ahead with the original planned operation would have meant 6 weeks in a sling post op with no movement.  With a shoulder that was already severely frozen, this just isn’t the done thing.

Post operation my recovery has been hampered by the original trauma still being there and the very short version is that despite two steroid injections into the joint, the shoulder is still trying to freeze and requires minimum of two physio stretching sessions a day to keep it under control.

This is why I haven’t done yoga for around 15 months.

I’ve spent the last few months getting more and more frustrated at not doing yoga so I decided it was time to just knuckle down and give it a try.  I wanted to see if I could even make it past the first round of sun salutations without wanting to cry and shuffle myself quietly out of the room (as if i’d ever do that quietly!)

I managed.  I did get through the first round of sun salutations but had to pause for part of the second.  I was then able to continue with a most of the rest of the class.

The class showed me unknown parts that have been affected by the shoulder situation so I can now focus more on stretches that will help loosen up those areas.

It also showed me that all the work I have done on my breathing and my relaxation in the last year, has made a massive difference to my practice which I am thrilled about and keen to explore further.

The plan is to keep doing the physio stretches to help maintain movement while gradually building up strength in my left arm and further stability across the back for the next year and hopefully manage to get rid of the frozen shoulder.

The surgeon believes with a few small adaptions, I should be able to get on with all the physical stuff I want to do without too many issues. Fingers crossed!

I have a lot of work to do, but it was amazing to be back on the mat and realise quite how much I had missed it.