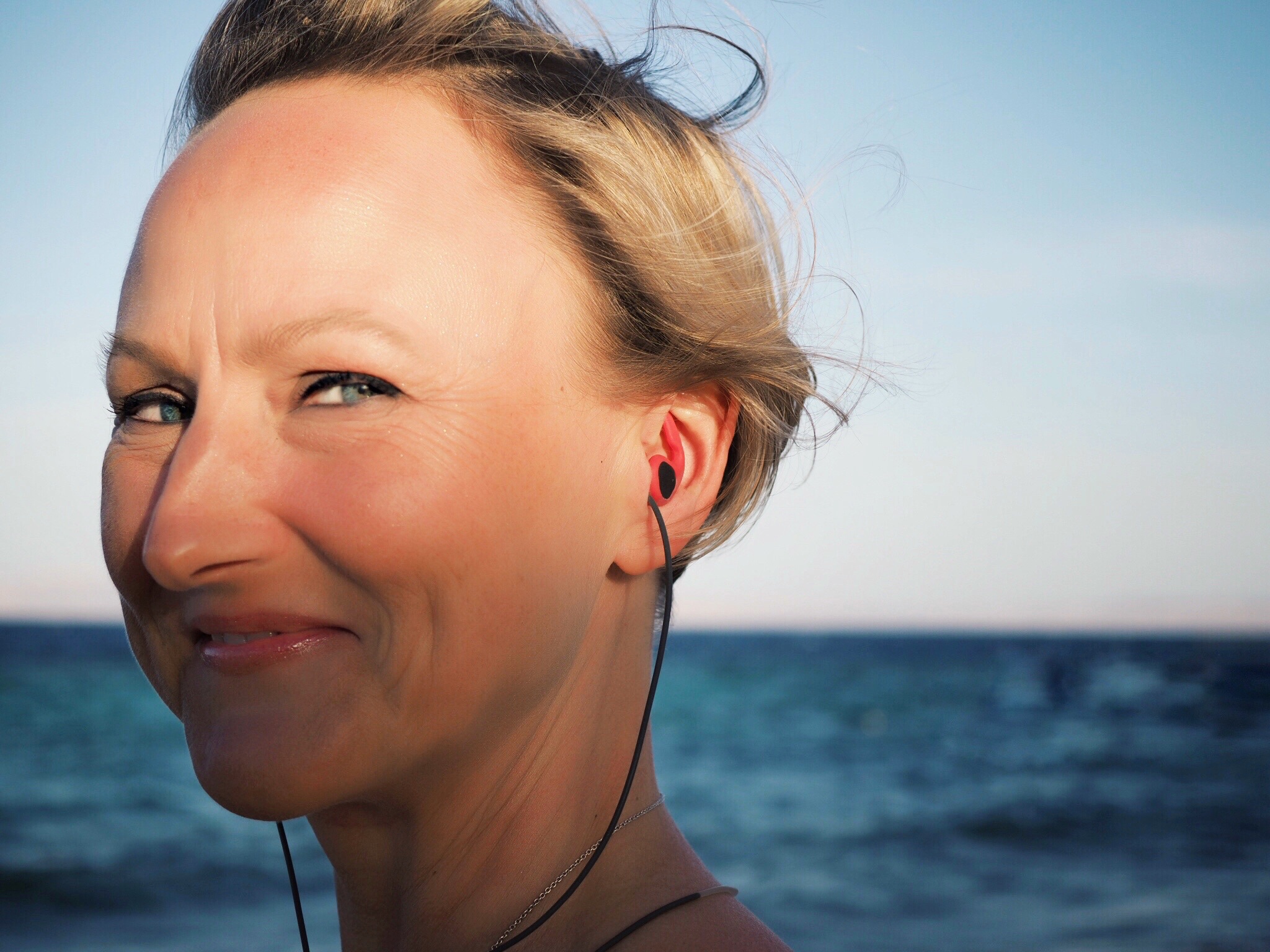 I’ve been back in the water for a few weeks now and have been trying out the new SurfEars 3.0.

Before I go any further, if you don’t already know, they sponsor me. However even if they weren’t generous enough to do this, I would still be using their product as they have revolutionised my water life.

As a child I used to suffer badly with ear problems, a fact that I am reminded of when any doctor looks in my ear and exclaims at the amount of scar tissue there is.  During my childhood I was regularly out of the water as a result of all these infections which was very frustrating because in the water was one of the few places I really wanted to be.

If you aren’t already aware of the state of the oceans due to the current flood (pun intended) of media on the subject, I suggest you take a wander along any beach on the planet and observe just how much rubbish you can see (even better, pick some of it up and dispose of it properly!) from the large items down to the tiny bits of plastic that have just been broken up by their journey through the globe’s oceans.

Add to this the waste products that we humans have been dumping in the oceans since we first started defecating and then compounding since the start of the industrial and agricultural revolutions and you have a heady cocktail of unpleasantness that isn’t just going to floating away.

This is the kind of cocktail that causes problems for me. Freediving in water where bacteria is invisibly thriving and manages to get deep into my ear canal… Et Voilà, ear infection!

Before SurfEars, I was using antibiotic ear drops about 3/4 days a week to try to keep the issue at bay which obviously isn’t ideal.  Since I started using SurfEars around 3 years ago, that has dropped to perhaps 1 day a month…

And this is not the only bonus for me. Their tag line reads “Let Sound In : Keep Water Out” which means when I’ve suited up with my wetsuit hood on, I can actually hear the count down to the start of my competition dives as well as what my buddy is saying during training.

Before I go any further I want to emphasis that I do not find that SurfEars make any difference to the ease with which I equalise my ears during a dive.

Equalisation means making sure the pressure in the middle ear is the same as outside the ear and that the ear drum (thin layer of tissue between these) isn’t having to overly stretch either way which causes discomfort/pain…burst ear drum.  Equalisation all happens inside the head and for me, SurfEars (which are external even though they are in my ears) make no difference to this.

How does it work for freediving?

I currently freedive currently down to -76m and as the air within the cavity of the SurfEar gets smaller on my descent, water is pulled in through the tiny mesh to compensate for this loss in volume.

So far I haven’t been deep enough for water to fill the cavity completely and make it’s way into my inner ear, but I’ll keep you posted at what depth that happens! 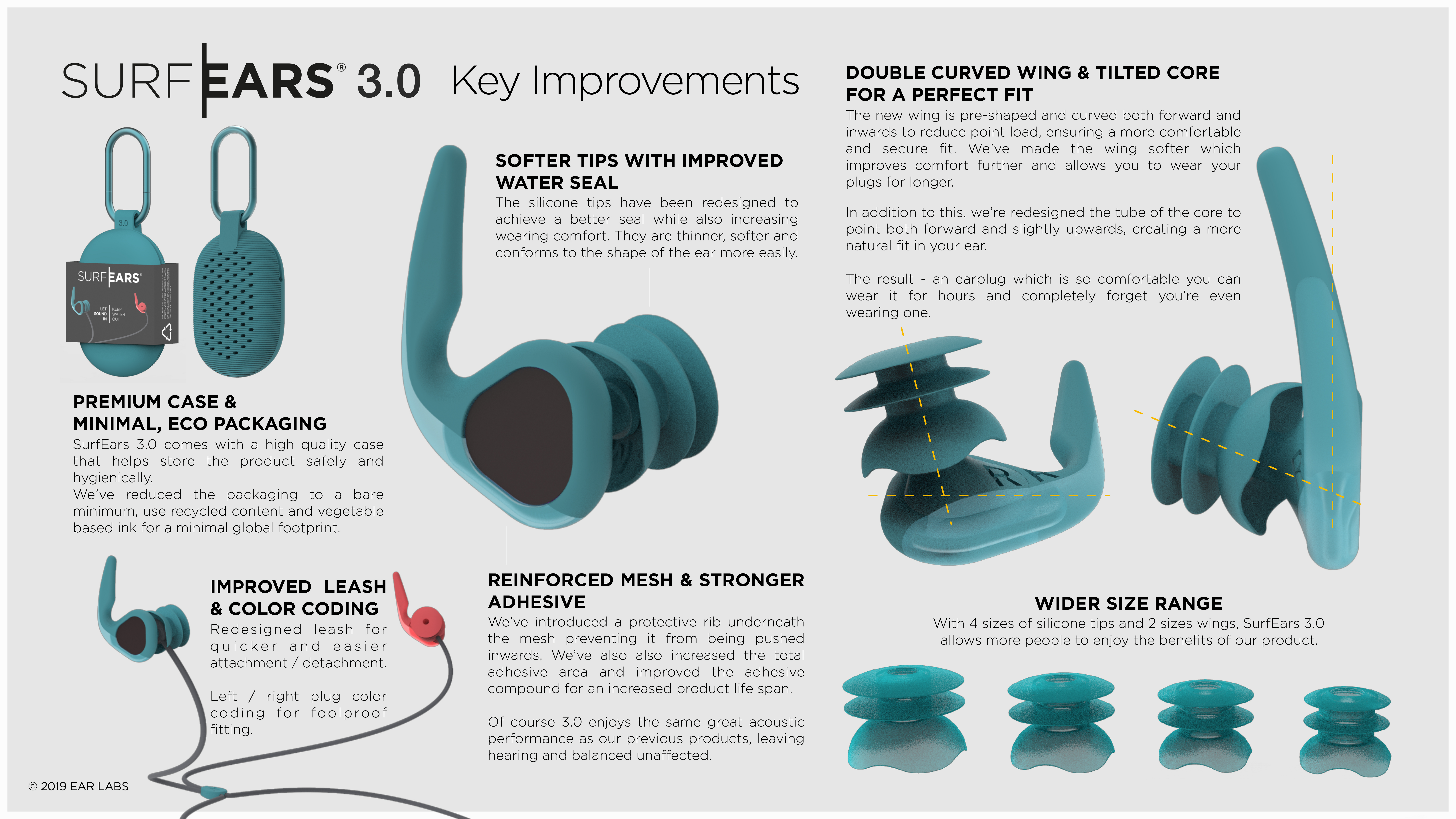 Personally, I’ve found this version to be more comfortable than the last one. The seals are so soft they are almost fluffy! and my initial worries that even the largest size might prove a bit small for me has just not been an issue.

The wings are also softer and easy to wear for hours at a time and I love the colour coding and the new style leash is great.

With the last version I always felt I had to be really careful about the mesh that it could be easily damaged but this version has sorted that completely and they are sturdy, comfortable and do the business!

Finally they have a great silicon pod for storage and come in sustainable packaging.

I’m very proud to be an ambassador for SurfEars and very grateful for their existence so I can get on and freedive without worrying about my ears!

You can get yourself a pair by visiting SurfEars.com

HAPPINESS FROM NOTHING MORE THAN A SINGLE BREATH OF AIR